Catherine Chronaki from HL7, and the scientific coordinator of Trillium II, presented the project’s results at the 16th meeting of the eHealth Network on 28th November 2019. 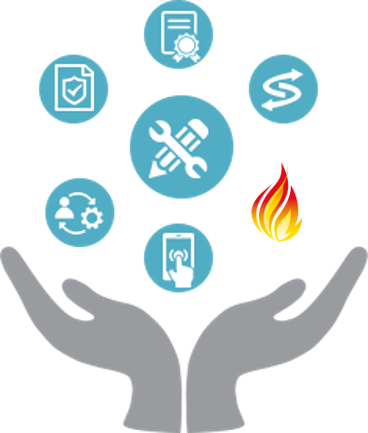 We are very pleased to announce that all Trillium II resources on the International Patient Summary (IPS) are now publicly available. Visit https://trillium2.eu/deliverables/

The resources cover among others: 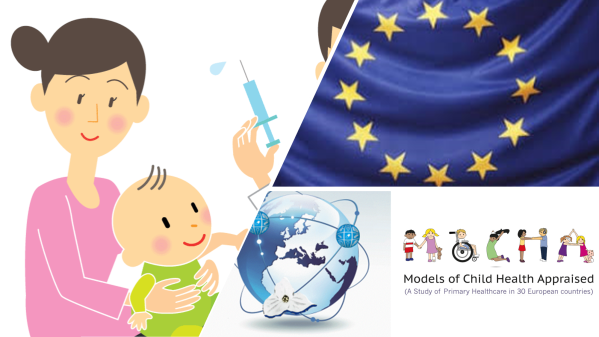 Low childhood immunization rates in Europe are causing concern and have triggered several EU initiatives. However, these are counter-factual as they make immunization a stand-alone issue and cut across best practice in integrated child health services. They also focus unduly on ‘anti-vax’ pressures, generalize ‘vaccine hesitancy’ and overlook practical difficulties and uncertainties encountered by parents in real world situations about presenting children for immunization. Meanwhile European expertize in child health electronic record systems and relevant standards are ignored despite their being a potentially sound foundation ripe for enhancement.

Situation and literature reviews, and cohesion of two European research projects, led to shared investigation. As a result, two cross-sectoral expert workshops were held to consider digital health standards for harmonizing integrated preventive child health including immunization, and the work of other stakeholders such as the World Health Organisation and the European Centre for Disease Control.

The European Commission, member states and child health stakeholders should take an integrated approach to child health with immunization as a component. Service delivery should be sensitive to parental concerns and challenges, and the way child- and family-centric data are recorded and used should be enhanced. Services should be enabled by the International Patient Summary and related electronic health record standards and linkages, and evaluated to assess most effective systems and practice. 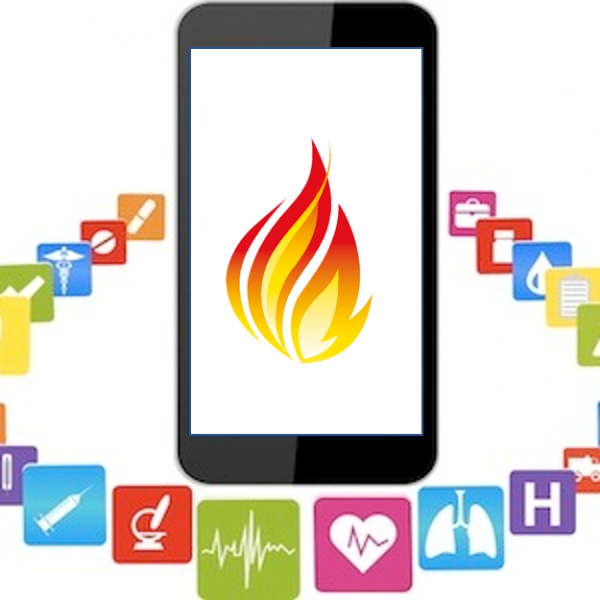 The article ‘A review of successful initiatives and models on Patient Summary standards in mHealth apps’ has been published in the Journal of Aging & Innovation.

It provides an overview of successful initiatives on International Patient Summary (IPS) standards in mHealth apps, analysing existing models both in Europe and worldwide and describing those that are considered to be the most effective in supporting agile deployment.

Key trends and prospective developments of this lively market are briefly presented with specific emphasis on what are the most demanded services and features that clients want from an mHealth app, who the key providers are and what the predominant
trends are in the evolution of the market.

A desk research on relevant European outcomes on this area has been performed, highlighting the framework and results of the open consultation about the Roadmap for Electronic Health record (EHR) standard exchange format, that are displayed and briefly
analysed. The different ways adoption of IPS standards may be prompted and fostered are analysed and categorised, distinguishing the main types of adoption models depending on whether they leverage the influence that such standards might
exert on either the demand (government driven models) or the offer of mHealth apps (market driven models). A review of existing certification and accreditation schemes for mHealth EHR functionality is also presented, with a specific focus
on significant examples in UK and in Spain – Andalusia and Catalonia

The article is available here.

Sylvia Thun is Director for eHealth and Interoperability at the Berlin Institute of Health (BIH) and Professor for Information and Communications Technology in Healthcare at Niederrhein University of Applied Sciences. She is both a physician and a qualified engineer with particular expertise in national and international IT standards in the health sector.

You only have to talk to her for a few seconds to become aware of the passion with which she cares about standardising health care information to improve cross-border health service delivery. She has been involved with EU projects working in this area from the beginning, with epSOS ten years ago; needless to say, she is hugely supportive of the HL7 FHIR IPS so delighted to become one of our ambassadors.

In her current role she has played a key part in securing recent German agreement to adopt SNOMED CT, which she hopes will now encourage those other countries that are unsure whether to make the leap to join as well.

She has been involved with encouraging the Kassenärztliche Bundesvereinigung[1] (KBV), the German National Association of Statutory Health Insurance Physicians who represent doctors & physiotherapists at the Federal level, to buy in to the IPS. She is also a leading light in the Medizininformatikinitiative[2], helping to ensure that every doctor, patient and researcher has access to the information they require in the future.

A harder nut to crack though was the largest vendor of primary care systems in Germany who wanted to stick with their own proprietary standards. Patient diplomacy, and the opportunity to expand into Switzerland and Austria if they adopted the IPS and other standards, wore them down though. An equal challenge were the four principal vendors of secondary care systems who also wanted to keep their own proprietary standards. However the umbrella organisation,  the BVITG[3] saw the logic and was instrumental in persuading all vendors to comply – indeed at present all the 34 university hospitals in the country are engaged in a €150m contract to standardise their health information systems on HL7 FHIR.

She is of course also engaged in international persuasion efforts, notably on EUCANCan, which is project developing a  federated network of aligned and interoperable infrastructures for the homogeneous analysis, management and sharing of genomic oncology data for personalized medicine in the EU and Canada. She also works with the standard terms of the European Directorate for the Quality of Medicines[4] (EDQM) in the IDMP project[5].

Petra has held several extremely senior important roles in the health community in Brussels over the past 20+ years. Currently among her portfolio of activities, she is the European representative of the Personal Connected Health Alliance (PCHA)[1] and about to join the Board of the European Association for the Study of Diabetes. Her PCHA involvement is particularly relevant to her Ambassador role as the Continua design guidelines are referenced by the ITO, WHO and the European Commission (EC) for mHealth use.

Another current role is having just won (again) an EC contract on cross border patient flows in the EU, which makes her particularly passionate about the benefits of enabling patients to be treated with good knowledge of their medical history irrespective of where they happen to be. Given her past history working in the diabetes community, she sees people suffering from the complications of diabetes (all Types) as especially benefiting from use of the IPS; another group would be those living with cancer and still able to travel, indeed anyone with an NCD. In fact, anyone with health risks who wants to travel will benefit greatly from the peace of mind that comes from knowing the patient summary can be understood by medical professionals wherever they are.

More generally she is excited about the use of the IPS for European Reference Networks (ERNs) which were established at the same time as the EU legislation that eventually led to the IPS. ERNs enable ad hoc sharing of sensitive personal information related to those suffering from rare diseases.

[1] Previously known as Continua, now a subsidiary company of HIMSS.

Mike Short is Chief Scientific Adviser at the Department of International Trade. Previously he held many very senior roles in the telecommunications industry, latterly in Telefonica/O2, as well as playing the key role in the formation and development of GSM Association as the lead organisation driving the adoption of digital mobile communications standards globally.

What was your motivation to support Trillium II, including becoming our first Ambassador?

Mike sees the world of digital health and care as entering a period of very rapid change, offering huge patient benefits and helping to overcome real skills shortages. No longer is a digital health intervention appropriate just in one country, or even in one region, such as the EU; increasingly, successful digital health and care services are global. At the same time some individual organisations – even very large ones – may see short-term economic benefits in operating walled gardens, preventing service interoperability outside those walls. He therefore sees the role of Trillium II as a vital counterweight to this drive: by showing the way with a single worldwide standard summary health record with globally recognised HL7 FHIR standards, Trillium II can be a catalyst to promote interoperability and thus support better access to prevention, diagnostics and care records, in that global change he is seeing.

Where does Trillium II fit into this broader process?

Clearly the International Patient Summary is not sufficient to make that change happen on its own – once the concept is widely accepted though, it will provide the basis on which we can work out how best to share data, how to handle approvals, and how to make significant parts of more systems resilient and interoperable. Patient centred data access also needs to be in the mix.

Is there a special reason for promoting EU involvement in Trillium?

These systems need to work at scale to be cost effective. Mike also makes the point that the FDA in the USA is seen as working more closely with Digital businesses, as reflected, for example, in the fact that almost twice as many Health apps have FDA approval as Medical Devices than have CE certification in the EU (as Medical Devices under the MDD/MDR[1]).

This suggests the importance of promoting Trillium II to app developers and systems integrators is a way in which their apps will be usable in both the EU and the USA.

[1] See https://apps.healthskouts.com/ as EUDAMED has yet to come into force.

The International Patient Summary has a strong presence at the 17th International Conference on Informatics, Management and Technology in Healthcare in Athens, July 5-7.

Citizens and Health Data – what about digital health literacy by all?

IPS Governance Framework: Current practices in Specification Use and Updates 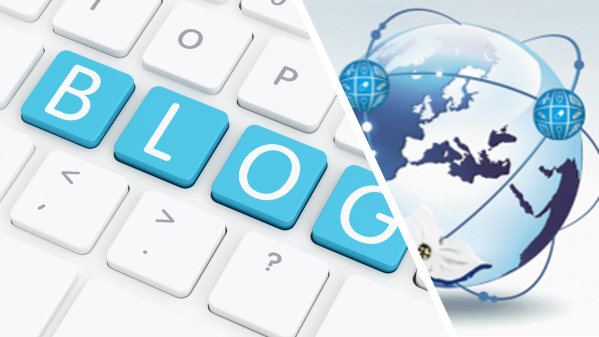 During the recent HIMSS & Health 2.0 European Conference in Helsinki, Finland (11-13th June 2019), Trillium II partners shared their views on the IPS with the conference participants through a series of blogs.

You can read them all here:

Patient Summaries in focus: How many times do I have to answer the same question?  By Robert Stegwee, CEN

Is anyone actually using IPS or is it “just” another hype? By Janne Rasmussen, MedCom

The International Patient Summary: a story of synergy and cooperation in Standardization. By Giorgio Cangioli, HL7